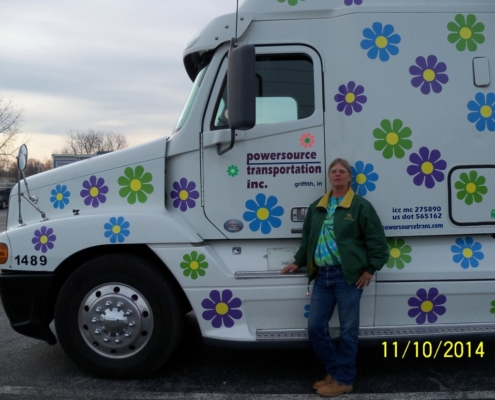 Powersource has selected Jeanne for our October featured driver.  Jeanne has been with Powersource since 4-1-2013.  She has been in trucking for 15 years.  In the early 60’s, her dad worked for Convoy company in CA.  He would take his 4 kids to the company and have them help wash trucks.  Jeanne was 4 when she started going along.  That is when she realized that she needed to have a driving job.  Jeanne drives a 2010 Freightliner Century and is noted for your “daisies” all over her truck.  She holds Double/Triples and Tank endorsements.

Jeanne’s significant other, Gary, stays at home and holds down the fort.  They met in 2001 and hooked up as a team in 2010.  She has 2 children and 2 grandchildren.  Jeanne enjoys her veggie garden and a small orchard that she loves to make cobblers and jams with.  She used to be a chef and enjoys cooking.  Jeanne keeps the grandchildren warm with her handmade jammies and skirts.

We are proud to have Jeanne as part of our Powersource Team! 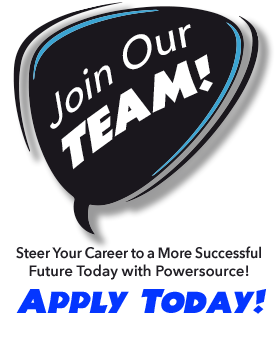